Today, 13/7/2017, I am officially have been appointed as an official blogger for Moga Motors Sdn Bhd. Alhamdulillah.. So, to kick off the very first posting of supercars under Supercbyputera.com, I am humbly would like to start my writing with the legendary Nissan GTR R35 a.k.a Godzilla! (Courtesy of Moga Motors Sdn Bhd).

As a student, Nissan GTR has been THE dream car ever since I am still a child especially the Nissan GTR R35. Nissan’s powerful marketing and National Geographic’s Megafactories series takes a sweep-in and insights on the building of Nissan GTR R35 from scratch to finish product is one of the factors I adore the car a lot!. The hand-built 3.8 Litre 550 brake-horsepower engine, twin turbo V6, 0-100km/h in 2.8 seconds made by Nissan Takumi is the best thing to watch on the documentary. First sightings of the car was obviously through the official unveiling of the car in 2007 but the car was being highlighted in Fast and Furious 7. It made me drool over the floor to even see the car on the cinema screen. UK Top Gear series covered a few times of the Nissan GTR R35 on a few episodes as the host of the show, Jeremy Clarkson and James May was astounded by the Launch Control function on the car that makes it accelerates faster from the starting-line. They claimed it was very sophisticated and stunningly done by the on-board telemetries and computer calculations to even-out the power distribution on each wheels to make sure a fast accelerations is achieved every time, no matter what is the temperature, the tire conditions, the surface of the road. and so on so forth. Having said the specs and some history(sort of!) of the said car, let’s move forward..

I have been given the time and opportunity to test drive the Godzilla myself on the streets of Kuala Lumpur, Malaysia. I have to thank En Khairi, and En Effendi of Moga Motors Sdn Bhd for giving me the opportunity to test drive this magnificient red Godzilla. As I open the driver’s door, the japanese factory interior smell of the supercar gave me a quick goosebumps down to my spines! WOW! The smell was perfect!

Then, once I open the heavy door, right in front of me is the interior of the driver’s side. I gave it a good stare of at least 2-3 seconds! I truly admire the supercar so much. In my mind, “can I sit inside it?”, “Can I touch it?”, “Is this a dream??”. There’s so many questions came to my mind, I almost have to pinch myself to make me realise that this is all in reality and not dreaming. Then, slowly, I put my feet inside the car and sit inside the almost half a million ringgit worth a supercar! Wow! The perfume getting stronger! Woohoo.. Right in front of me is the steering with shift pedals and the legendary GTR emblem on the steering wheel. The innovative and modern speedometer behind the steering was beautiful! It is like a dream to sit inside the Nissan GTR R35! One thing for sure is the this supercar has lots of buttons! One thing about me, I love buttons in a car, there’s so many to explore! If possible, I can literally sit inside the supercar for hours if not days to just explore the buttons! On the left of the speedometer is the touchscreen-enabled media centre. It shows the computer read-outs of the engine, fuel economy ratings, gear changes, braking-G ratings, cornering-G ratings, and so many other computer read-outs of the supercar. The buttons that I wish to push is the 3 buttons at the middle console just under the air-conditioner’s controls. It is called Vehicle Dynamic Control(VDC) switch, transmission switch and suspension setup switch. These switches are to stiff-up and activate the necessary features of the car to make it more sporty in road handling and track-ready setup. On the left side of the driver’s bucket-seat, the red button!! This red button is like the missile-launching button! It is the push-to-start button.. It was so cooll!! One thing I just realised, I fit in the bucket seats! Yeayy!! All this while I kept asking myself, “Can I even fit the bucket-seats?”, “what it will feel like to sit on those bucket-seats?” I just can’t believe myself that I just sat on a bucket seat! It sure grip your body from sliding over just in case if you make hard-cornering though!

After taking few breaths, we hit the road. Wow! The acceleration of the supercar was mind-bogglingly fast!! It really wanted to go fast and furious all the time!! So much to comprehend as this supercar’s attributes is always speed, speed, speedd!!! With the official maximum speed of 340km/h, just know that it has only one thing to do, SPEED!!

Personally, it comes down to your personality and likings in life. If you love pure speed and quick accelerations above all else in a supercar, you have to own a Nissan GTR R35. If you love being the centre of attention(by the way, this a RED Nissan GTR R35!), for sure, you will be the centre of attention, you can own a Nissan GTR. While I was driving the car, lots of eyes are watching the car or the obvious ones, the motorcycles-riders were actually turning their heads towards the supercar for a good 3-4 seconds before they put their eyes and attention back on the road. Wow! If you love the attention, by all means, this supercar suits you! Traffic was quite heavy at that time so I was driving around 60km/h.. After I reach the highway(‘freeway’), I tried to put the hammer down on the floor but the traffic was a bit heavy.. I have to release the throttle pedal at 134km/h.. I nearly couldn’t breath just to be alert of the Godzilla’s rattles and shakes it made while driving at high speed!! Phewwhh..

Mind you that this supercar has lots of torque! Wow.. It accelerates so fast and wild! As I put the hammer down on the highway, I can feel my body like literally being vacuum to the seat. The harder I put my foot down to the floor, the more I feel my body being vacuum to the RECARO Black Leather Bucket-seat with red stiching. Before I put the hammer down, the 3 buttons were set to track mode! Those buttons really stiffen up the car! The steering gave second-to-none precision cornering.. As I negotiate the corners of the highway at high speed, the tires grip the road with no oversteer and no understeer dramas.. While the suspension was also in track mode, it gave me a slightly different driving experience.. I can “feel” the road more than usual.. If the road conditions was not smooth and a bit rough, we can “feel” its roughness.. Just one advice, don’t engage track mode if the road surface is not smooth.. Avoid potholes while in track mode! I’m afraid it will spoil the suspension..

On the second-half of the test drive session, I drove quite “normal” and civilised as I just want to enjoy the comfort mode. One more thing that I like about the Nissan GTR R35 is the ground clearance! As the local Malaysians know(and also the ex-patriates), Malaysian roads tend to have huge speedbreakers or we call it ‘humps’ especially in the city! My goodness, that is one of the things that I do afraid if driving these low slungs supercars but you have to know this, the GTR’s ground clearance is at a good/normal height! You can take the huge humps without much problems but please do slow down as well ya! Before I forgot, while driving the Godzilla, if we go through a tunnel, the speedometer’s light will automatically dim a bit.. Wow!! That’s new! Never have I ever read about that feature in the Nissan GTR R35!

Upon reaching back at the showroom, En. Khairi left me alone with the Godzilla to a photo session as shown below:- 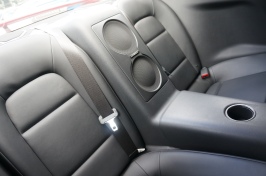 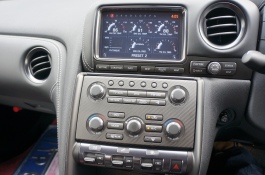 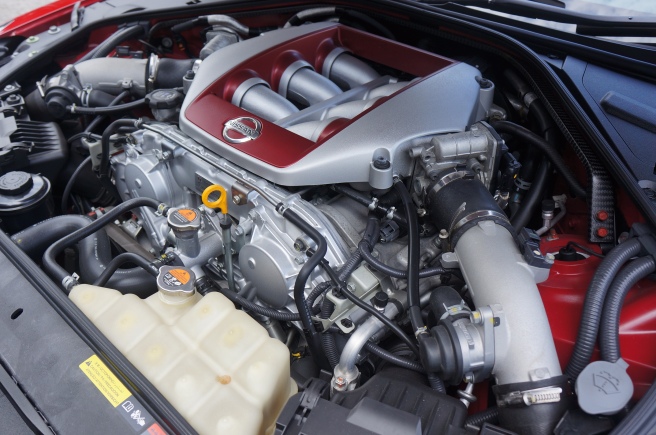 Before I end my review, I do hope you have enjoyed reading my first time experience with the Nissan GTR R35. I have learned a lot from this test drive experience! Before you leave, do follow my blog by leaving your email to stay informed when I post a new blog. What i will be reviewing next? Stay tuned for more!!